Kimberly Schneider is the founding director of the Office of Undergraduate Research and also serves as the assistant dean in the Division of Student Learning and Academic Success. She has a B.S. from the University of Florida in Zoology and Ph.D. from the University of South Carolina in Biological Sciences. Her research interests are in marine ecology, science education, and high impact learning practices. Dr. Schneider has active grants focused on STEM engagement in undergraduate research developed through National Science Foundation grants

Michael serves as the Director of the Academic Advancement Programs. He previously served as the Co-Director of the University of East London McNair International Summer Institute. Michael has built external partnerships to create opportunities for underrepresented students to conduct summer research and explore graduate school. His research focuses on the retention of underrepresented students in graduate school.

Mary serves at the Instructor for L.E.A.R.N. programs at UCF. She previously served as faculty in Writing and Rhetoric at UCF. Mary is especially engaged with undergraduate research, mentoring many first-year undergraduate student researchers from project inception through publication. Mary has won several teaching awards as well as an award for research in the scholarship of teaching and learning.

Darya serves at the Coordinator for L.E.A.R.N. programs at UCF. She joined the Office of Undergraduate Research at UCF in April 2021 as the program Coordinator for the LEARN Program and for REU programs at UCF. She earned her Bachelor in Communication (Journalism) from Auburn University at Montgomery with a minor in Photography. At Auburn, Darya served on many student leadership programs. 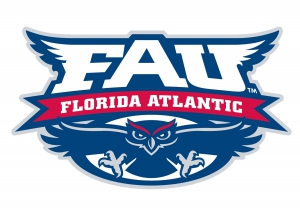 Dr. Chamely-Wiik received her PhD in Chemistry at Florida Atlantic University. She is currently an Associate Scientist in the Department of Chemistry and Biochemistry and Assistant Dean for Undergraduate Research, Undergraduate Studies. Dr. Chamely-Wiik was awarded both the President’s Leadership Award and the Distinguished Alumni of the Charles E. Schmidt College of Science Award in 2013. Her research interests include Chemical and STEM (Science Technology Engineering and Mathematics) Education, student retention and assessing the impact of pedagogical interventions on student learning and development.

Ms. Johnson joined Florida Atlantic University in May 2014 to serve as the Director for the Summer Science Institute. She joined the Office of Undergraduate Research and Inquiry at FAU in February 2016 to serve as the Coordinator for the NSF LEARN Program. In 2006 she earned her Bachelor in Health Science with concentrations in Pharmacy and Chemistry from the University of Miami.

Dr. Frazier received her PhD in Biological Sciences from Northern Arizona University.  She is currently a Senior Instructor in the Department of Biological Sciences. She is a National Academies Education Mentor and Fellow in the Life Sciences, as well as, a Research Mentor Master Facilitator through the National Research Mentoring Network. Her research interests include biology education, insect-plant interactions and gopher tortoise ecology and conservation.

Associate Chair and Professor, Department of Civil, Environmental and Geomatics Engineering at FAU

Dr. Meeroff received his BS degree in environmental science at Florida Tech, where he won the national championship in soccer. He received his PhD in civil engineering from the University of Miami.  He is currently a Professor and Associate Chair of the Department of Civil, Environmental and Geomatics Engineering at Florida Atlantic University. Dr. Meeroff was selected by his students for the University-wide Distinguished Teacher of the Year in 2013. His research interests include water/wastewater treatment, solid and hazardous waste management, and sustainability and pollution prevention. 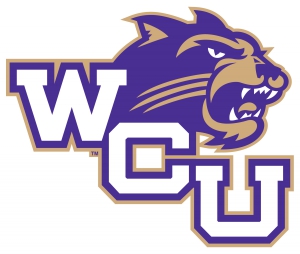 Alison Morrison-Shetlar, is provost and vice chancellor for academic affairs and professor of Biology at Western Carolina University. Dr. Morrison-Shetlar received her Ph.D. in Biomedical Science from Dundee College of Technology. She has served as dean of the college of Arts and Sciences at Elon University from 2010-2014, was vice provost and dean of undergraduate studies and director of the Faculty Center for Teaching and Learning at the University of Central Florida and served as director of the Center for Excellence in Teaching at Georgia Southern University.

Dr. Kwochka is originally from Connecticut and received his BA in Chemistry from Grinnell College in Iowa in 1983.  After working for a few years in the biotech industry in Boston, he received his PhD in Chemistry from North Carolina State University.  From 1992 to 1994, he was a Camille and Henry Dreyfus Postdoctoral Teaching Fellow at the University of Colorado at Denver.  Since 1994 he has been teaching organic chemistry and collaborating on research projects with students at Western Carolina University.

Kloo Hansen is originally from Pawleys Island, South Carolina. She received her BA in History from the University of South Carolina in 2007 and a Master’s in Education from USC in 2008. She taught secondary social studies in Columbia, South Carolina for 8 years and became an instructional leader in technology integration and professional development. Ms. Hansen joined Western Carolina in 2015 as a research co-director and project coordinator in the School of Teaching and Learning. In May of 2016, she joined the L.E.A.R.N. team as a university program specialist and the program coordinator.